Meet Don Juan new online slots game. A stereotypically Mexican chilli farmer who has dedicated his life to harvesting the spiciest of peppers, something which he does with a smile on his face. Even if his smile is covered by an enormous moustache that spans beyond the width of his head, you can tell he’s happy and he’s even happier when he helps you to win in 40 win line game. This game was featured as the best online slots to win money. Get the best out of bonus spins before you play the game!

Check out our entire list of slot games here at SlotsBaby. 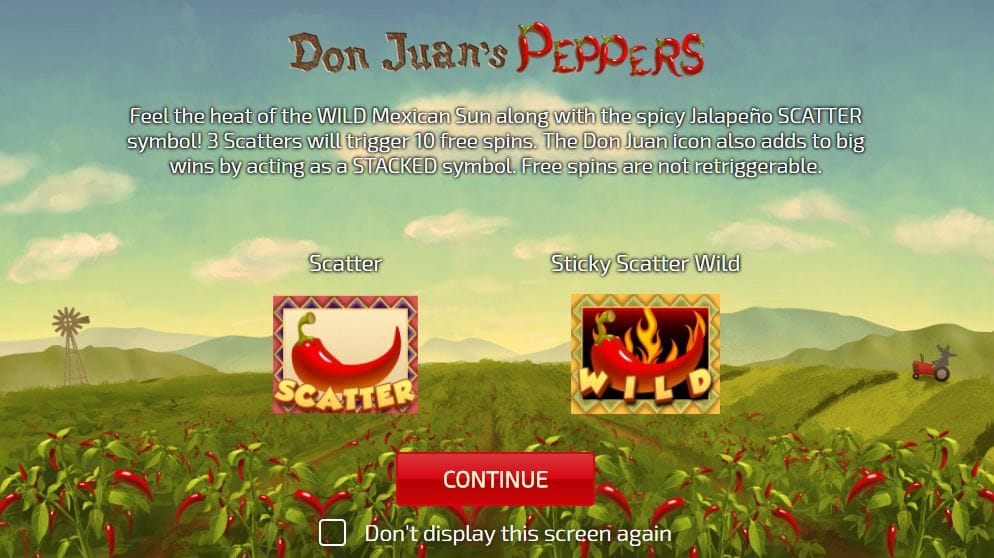 Tom Horn Gaming is developer of this game and they are a company who have a knack for an original and more often than not, a very fun themed slot game. This one is no different as there’s a real sense of humour to this game as Don Juan, assisted by his elderly donkey companion, pro-vides a few laughs whilst you spin the reels on offer here.

Tom Horn like to make their games original in terms of gameplay, too, often bringing slick anima-tions and graphics of the highest quality to make their slots play smoothly. As fans of games, them-selves, there is a real emphasis on this playability when it’s a Tom Horn developed slot game. 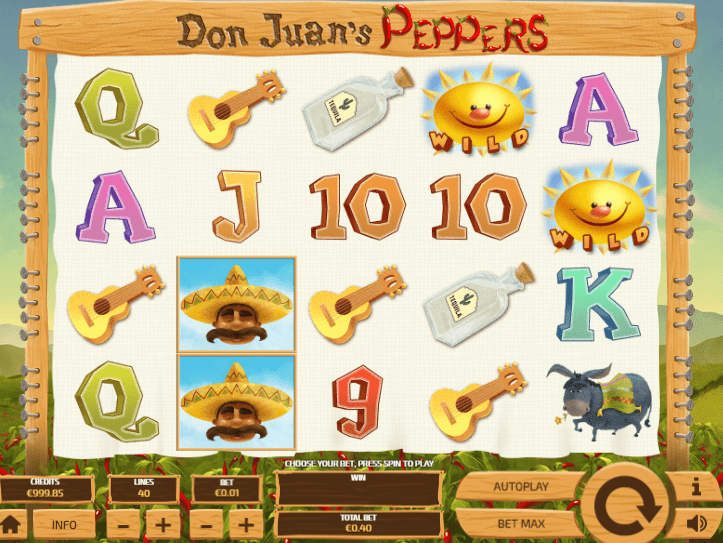 Set on a backdrop of Don Juan’s seemingly enormous chill farm, the hot Mexican sun beats down on this humid-coloured game. And it provides a real good look to play on top of, too, as you let a bit of sun into your screen whilst your spinning the reels that Don Juan has kindly prepared.

There are spicy peppers and some hot wins to had, too, and, despite a maximum of 40 pay lines to play on here, a more conservative, ‘mild’ gambler may wish to decrease that amount down to just one pay line. The betting margin is a small one though - just between 0.05 and 0.50, so this is a game open to gamblers of all levels.

One of the best parts of this slot is that the free spins on offer here also have sticky wilds inlcuded. This means that while enjoying your free spins, wilds can remain in their place on the reels and re-ally help your chances of building up some combos to win bigger. You can get as much as 20 sticky wilds on the reels at once - so that’s something to hope for.

As well as those sticky wilds, Don Juan, the man himself, is a stacked wild. This essentially means that this hard-working chilli farmer is even more useful on the reels as he is in the fields with that sun beating down on neck. Same doesn’t go for the donkey, though, that’s just as useful in the field as it is anywhere else. 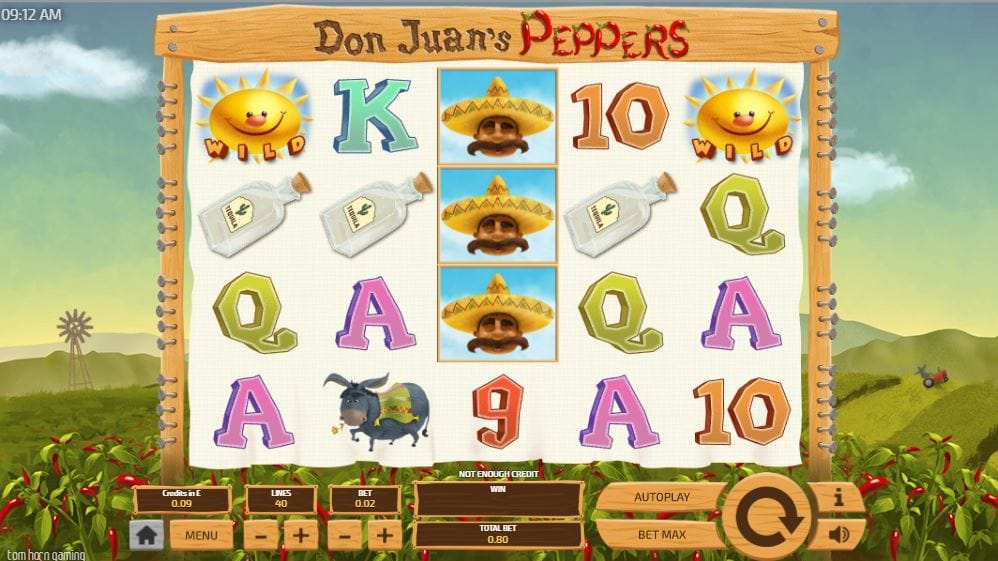 All in all, this is another nice addition to a collection of funny games that Tom Horn Gaming are putting out. With a fun main character and quite an original theme, there’s something quite unique about Don Juan’s Peppers - and not just because they were picked by a man with facial hair bigger than his face. If you enjoyed playing Don Juans Peppers why not take a spin on Feng Fu